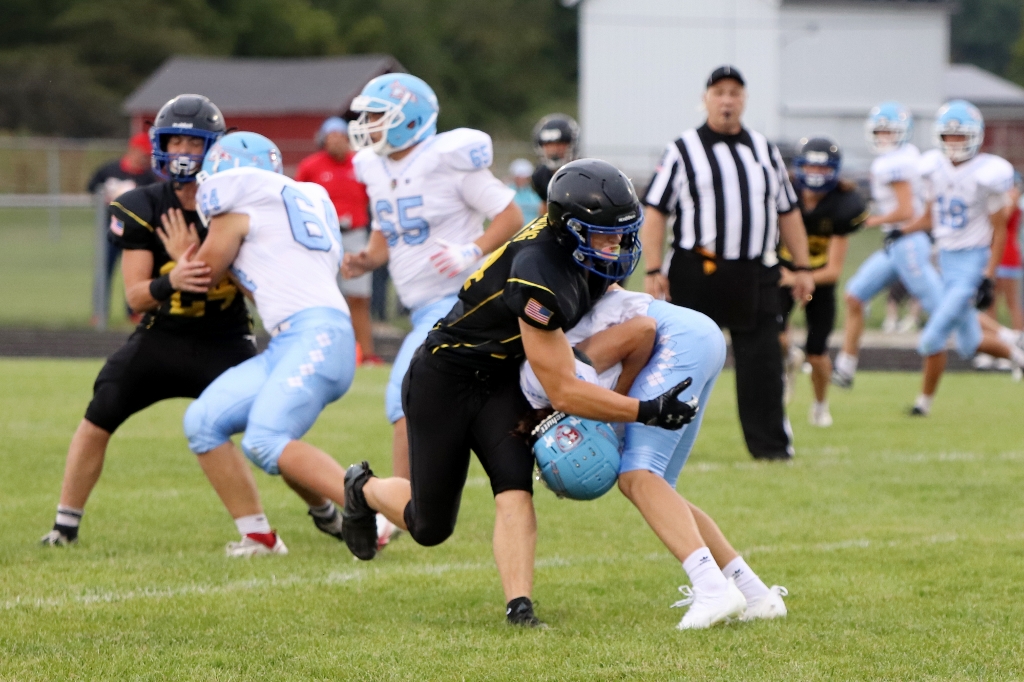 The Northfield Norsemen got on track Friday, defeating Maconaquah 48-0.

The Norse were in control the entire game, leading 7-0 after one quarter when Mason Fisher scored from 10yds out.

The Norse would go to work in the second. Jake Halderman would score with 11:54 left on a 3yd run, then do it again from 4yds out with 7:03 to play. Jacob Snyder would get the final score of the quarter on a 1yd run as the Norse led 28-0 at the half.

Halderman would connect with Fisher with 9:53 in the third before Jaxton Peas recovered a fumble and raced 65yds to pay dirt to lead 41-0.

The Norse would tack on one more score in the fourth when Jaydan Goshert intercepted a pass and ran it in from 29yds out.