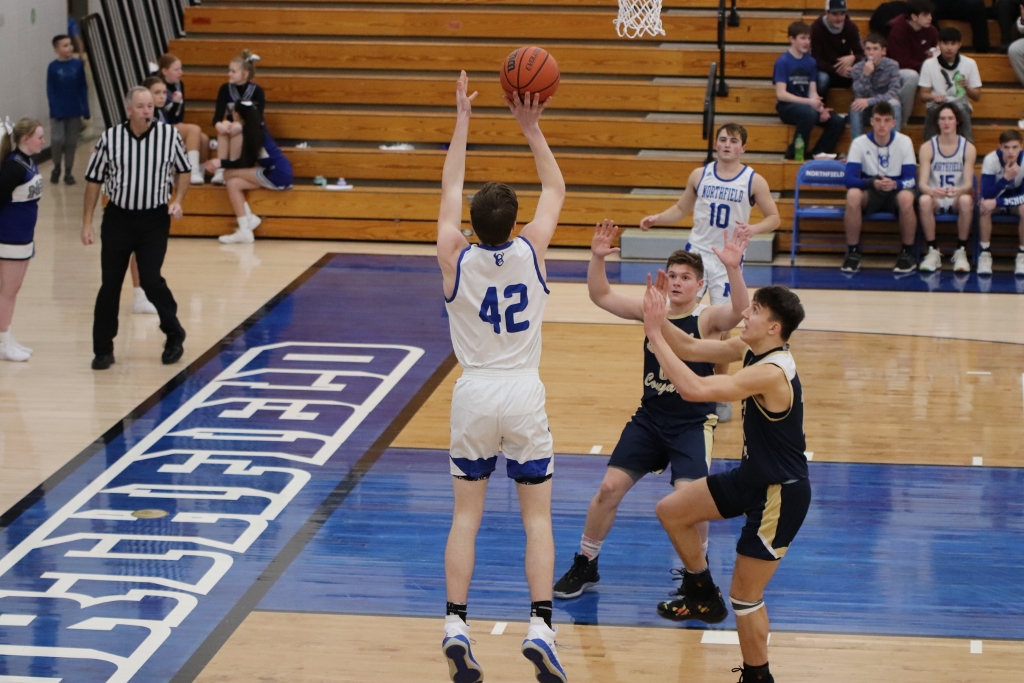 The Northfield Norse used a swarming defense in the second half to get their transition game going to pull away from Lakeland Christian 62-48 Tuesday.

Leading by a score of 48-43 at the end of three quarters; the Norse registered 7 steals in the 4th quarter that led to easy baskets as they pulled away to win.

Kaleb Krom led the way for the Norse with his first career double/double with 18 points and 10 rebounds. Clayton Tomlinson narrowly missed a triple/double as he scored 16 points with 9 rebounds, 8 assists and added 5 steals. Dillon Tomlinson rounded out the players in double figures with 12 points and 5 steals of his own. Alex Haupert had 7 points and 3 assists, Jayden Peas 9who struggled through first half foul trouble) finished with 5 points and 6 rebounds. Eli Kroh added 4 points for the Norse.

Withe the win Coach Brewer now has 100 as a boys varsity coach and 281 overall.